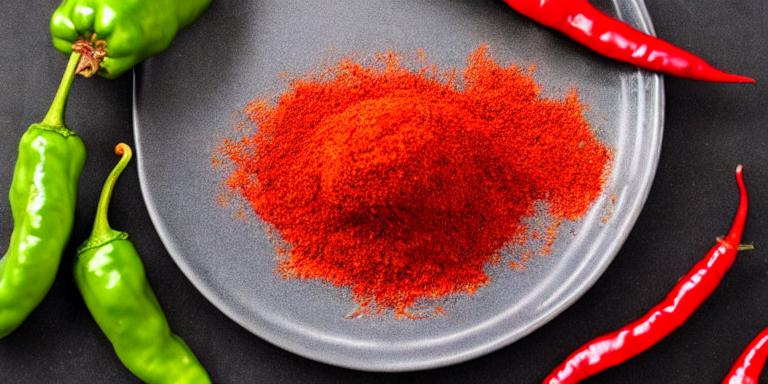 So, if you want to add spice to your dish, which pepper should you use? If you want a milder flavor, go for chili pepper. If you want something with more kick, use cayenne pepper.

What is cayenne pepper?

Traditionally, cayenne pepper is used to improve circulation and relieve pain. It is also said to boost the immune system, help digestion, and promote weight loss. While these claimed benefits are largely anecdotal, cayenne pepper contains nutrients essential for good health. These include vitamins A, C, and B6 and minerals like iron and manganese.

What is a chili pepper?

A dash of chili pepper is a hot, spicy fruit that adds flavor and heat to food. Chili peppers are of the Capsicum genus, which includes bell peppers and paprika. The heat in chili peppers is caused by capsaicin, a compound that binds to receptors in the body that are responsible for pain and temperature sensation. When capsaicin binds to these receptors, it causes a burning sensation that can be felt in the mouth, throat, and skin.

Culinary uses of chili peppers date back to at least 2000 BC and are now used in cuisines worldwide. Chili peppers can be eaten fresh, dried, or cooked and are used to add flavor and heat to dishes. They are also used as a natural remedy for various ailments such as pain relief, congestion, and upset stomach.

Although we know cayenne pepper mostly for the flavor it induces in food; there are still a lot of nutritional benefits in this spice.

A teaspoon of powdered cayenne pepper contains the following:

Just like cayenne, chili peppers are good for their taste and contain significant nutrients. A 45g serving of chili peppers contains the following nutrients:

When it comes to cayenne pepper vs. chili pepper, there is definitely a difference!

When it comes to taste, cayenne peppers are very spicy with a slight fruity flavor. On the other hand, chili peppers have a more complex flavor that includes notes of chocolate and coffee. So if you’re looking for something with a little more depth of flavor, then chili peppers might be more up your alley.

The final difference between these two types of peppers is their use in cooking. Cayenne pepper is commonly used in powder form as a seasoning for food. On the other hand, chili pepper is often used whole or chopped up in dishes such as salsa or chili. So if you want to add some spice to your next meal, reach for some cayenne pepper!

How much cayenne pepper is too much?

This means that they are much hotter. They are also used in smaller quantities because of this. Too much cayenne pepper can make a dish unbearably hot. It can also cause digestive issues like heartburn and indigestion. If you want to add heat to your dish without making it too hot, stick to chili peppers.

Uses of cayenne pepper in cooking

Cayenne pepper is a popular ingredient in many cuisines, including Creole, Indian, Chinese, Thai, and Mexican. It is frequently used to spice up and flavor food.

Cayenne and chili pepper are two different types of peppers with many benefits. Cayenne pepper is a type of chili pepper that is often used in powder form. It is made from dried cayenne peppers and has a very spicy taste.

Cayenne pepper adds flavor to food and can be used as a natural remedy for many health problems. Some of the most common uses for cayenne pepper include:

The capsaicin in cayenne peppers is a pain and itch reliever. It also helps heal scores

The capsaicin, carotenoids, and flavonoids in cayenne are anti-inflammatory compounds. They help ease the pain associated with inflammation

Cayenne reduces plaque buildup in the blood vessels. In turn, this improves the circulation

The vitamin C that’s abundant in cayenne peppers is a key component of the immune system.

In addition to the fiber present in cayenne, they also trigger the secretion of gastric juices, improving the overall efficacy of digestion.

Cayenne pepper can be taken in many different forms, such as capsules, tablets, teas, tinctures, or added to food. It is important to start with a small dose and gradually increase the amount you take as needed. Too much cayenne pepper can cause nausea, vomiting, and diarrhea. If you are pregnant or breastfeeding, talk to your doctor before taking cayenne pepper.

When it comes to cayenne pepper vs. chili pepper, what is the difference? Both peppers offer benefits when eaten daily, including helping with weight loss, improving circulation, and reducing inflammation.

Cayenne pepper is a type of chili pepper that contains capsaicin. This compound is responsible for the fiery flavor of the pepper and has numerous health benefits. Capsaicin has been demonstrated to increase metabolism and aid in fat burning. It also helps improve circulation by dilating blood vessels and reducing inflammation. Additionally, capsaicin has potent antioxidant and antimicrobial properties.

Chili peppers also contain capsaicin but in lower concentrations than cayenne peppers. Chili peppers can also help with weight loss, circulation, and inflammation. They are also a good source of vitamins A and C, potassium, and manganese.

There are a few disadvantages to eating chilies.

First, they can cause indigestion and heartburn.

Second, they can irritate the lining of the stomach and intestines, leading to ulcers.

Third, they can increase the risk of developing gastritis or acid reflux.

Finally, some people may experience an allergic reaction to them.

1)What is another name for chili pepper?

Chili peppers are also referred to as capsicum. Besides that, you’ll hear these spices by other names like jalapeno, red pepper, long pepper, and hot pepper.

2) Are chili powder and chili pepper the same?

Chili powder is different from chili pepper because the former has been ground and blended with different spices, while chili pepper is simply dried and flaked chili pods.

3) Is chili pepper the same as paprika?

Chili pepper and paprika are different. While paprika is simply a single ingredient, chili pepper (especially powder) is often blended with other spices.

4)   What is another name for cayenne pepper?

While cayenne peppers are just a variety of chili pepper growing in the Cayenne region of French Guiana, they may still be referred to as red pepper, hot pepper, and even jalapeno.

5)   Which is hotter, cayenne or chili powder?

Cayenne is hotter than ground chili. Cayenne pepper gets its name from the region where it grows and is rumored to be almost 9 times as hot as chili powder.

The best thing about cooking is that it can bring out the artist in you and allow you to express your creativity in what you choose to cook. It’s not surprising, then, that it’s often a matter of experimenting with different ingredients to see your favorite flavor.